"Talent is a whole network of different gifts. Which means the task of developing one set of skills is expanded when all of them are set in motion together. And to bring up a specialist, consequently, one has to bring out the overal Man - Man as a unified".

In our educational process we work on the basis of a three-part harmony: "I see - I analyse - I act". 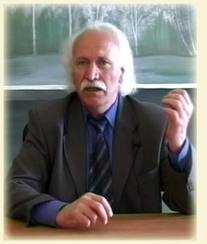 The traditional school is not in tune with children’s nature. It is not really for them. It does not contribute either to the flourishing of their talents or to the development of their spiritual, physical and moral health. Like a knife-blade, it is aimed at a very narrow target: knowledge-know-how-habits. The focus is not on the child, not on the individual, not on the development of the immeasurable range of the abilities he is endowed with, of his whole universal selfhood, but simply on producing a product of the instructional process.

The very thought that Man is part of the Great Cosmos gives pause for reflection on the thought that the human self must be, as Vernadsky put it, a ’cosmic something’ which guarantees his active existence in the whole unlimited cosmic river of life. To live in the Cosmos means understanding and carrying its structure within one’s self, it means clearly knowing the laws by which it operates, the meaning of its existence, and to have mastered the techniques of existing in it.

The spatial dimensions of the Cosmos (i.e., infinity), its life in time (i.e., eternity), the infinite variations taking place with each of its component elements, all make Man realize the necessity of not only knowing about everything taking place in the Cosmic river of life, but also actively participating in it, being in perfect tune with its aspirations during each moment of cosmic happenings. All of this presupposes the existence within the human self of a power and ability to grasp (or ’catch’) the innumerable signals of the immeasurable cosmos - to possess within one’s self a database that will facilitate an accurate, instantaneous response to constantly changing cosmic information, so that one who is inherently thinking about this will come to the following conclusions:

(1) The ’cosmic something’ is some kind of matrix-like informational structure, engendered and nurtured over billions of millennia of Man’s life. Hence we cannot imagine this Man to be an entity limited to a single age, a single manifestation, or especially to the space of a few years or decades. Man is a child of Eternity, and so he constitutes his own Kin (Russian: rod), consisting within himself of an infinite number of manifestations of his existence.

(2) Man as a Kin (Rod), by any stretch of the imagination, cannot be fully accommodated within the artificial, impersonal stream of learning organized by our contemporary schools, all calculated on the basis of a miniscule, partial, primitive entity with a single manifestation of existence. And so the Child-Giant - Kinsman - rebels, protests and rejects; he comes across as the exact opposite of his social surroundings, of the society which has prepared him in such a strange manner for life and work. The School of Kinsman should be prepared by Kinsman.

This means the children, just like the adults, should become teacher-researchers and creators of the school of Kinsman.

By the same token the adults, just like the children, should become students in partnership with the children of this model educational system. Hence the principles of the Kin school should be as follows:

1. The principle of nationality (narod), or Kin alike image (Rodoobraznost). Language, national songs, dances, handicrafts, customs, traditions, military arts, along with the culture of visual perception, sound and movement - all components of the concept of nationality - these are the living conditions for introducing the child - Kinsman into a world developed by the Kin, represented and unfolded in him and by him.

2. The principle of the supremacy of truth or fact-meaning correspondence. For "I am Truth," says the Lord. The significance of all the happenings in the cosmos ultimately comes down to achieving the full mutual harmony of all components - of all elements of Love or Truth. Everything that makes up the life of the school - every law of physics, chemistry, mathematics, biology, as discovered by the children together with adults - should serve to completely align their relationship to the world and to themselves. Only in this way will the school correspond to its students’ meaning of life. The aspiration for Truth, for a harmonized, just existence in the world and the correspondence of one’s actions to truth provide the only atmosphere in which healthy, moral and spiritual individuals can be developed.

3. The principle of ageless existence. The Kinsman has no age. The memory of the Kin - concentrated in us, or manifested (as it seems to us) in concepts such as conscience, the Divine spark, the matrix foundation of the individual, the spirit - is a priceless treasure which is unfolded in us through the inexhaustible might derived from relying on it and turning to it. We can see that the division of a school population into age-groups establishes the dominance of a single-manifestation Man and his experience in a single-manifestation life, thereby cutting off the memory of the Kin, or the Cosmic knowledge present in Man.

The principle of agelessness establishes in the child the Pristine Man, and shifts the emphasis away from the miniscule body to the Great Spirit.